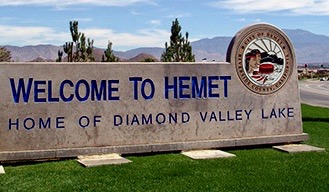 Damian and Brittany have spent ten hectic years together. But once their daughter was born, their attempt at getting on the track of a normal family life in Malibu quickly failed, and their fragile relationship broke. Now they’re fighting in court for the custody of their two year-old infant, leaving a judge to decide whether a man whose business is marijuana can see and have his baby girl home as any other father.

Marijuana has been legalized for medical purposes in 1996 in the Golden State, and is about to go fully legal on January 1st, as a result of a referendum held in November 2016. Beginning that day, in just a bit more than two weeks, legal sales for non-medical use will be allowed, which means – theoretically – that Damian’s business should be growing both in numbers and in rightfulness.

But the case is complex and suggests that not everybody ends up growing cannabis in the first place. At a hearing last week at the Riverside County Superior Court, in Hemet, Damian and Brittany’s tragedy unfolded in front of my eyes, in an almost empty court room, with no window, away from any kind of exterior attention. This little desert town, not far from Palm Springs but less affluent, more blue-collar, is a three-hour drive from Damian’s farm and house in Malibu, where the broken couple used to live and grow weed together.

Now, Brittany, a former model who worked for Playboy, lives with her family in Temecula, about 40 minutes south. Two men are on her side, sitting in the back of the room: one with long hair who is “maybe her new husband”, and her step-father, who according to Damian abused her when she was younger.

“She wrote it in her diary”, he told me.

Damian came only with his attorney, even if he has a new girlfriend, who has a son, in Malibu. He’s the one who invited me to come at the hearing, to witness how he was treated. He has been battling for a year a restraining order that Brittany got to prevent him from seeing his daughter, citing a history of violence.

But Damian believes she’s accusing him unfairly of “things she’s done herself”, and he’s worried for his daughter being raised in her “potentially abusive” ex-girlfriend’s family.  So that day, Damian’s lawyer showed the judge a few elements they think can help reveal the nature of the mother.

First, she played a video shot with Damian’s phone in a restaurant which they believe shows “the extortion” Brittany is attempting by asking his ex to support her and the child, making it a condition for him to see her. Then, came an email – rejected as hearsay evidence – and dozens of pages from Brittany’s personal diaries, found by Damian in his house. In these notes, she goes from saying “I love you” to “Don’t underestimate my guns” to Damian.

The 37 year-old dad then goes on at the witness stand telling about how she would be “under the influence of alcohol or drugs almost all the time, every day”, mostly drinking wine and smoking marijuana.

“Once, she choked me, screaming ‘I want you dead’, in front of our daughter… that’s what really upset me”, he says.

Sitting by her attorney, Brittany stayed silent, with her long, wavy blond hair falling on her shoulders to the bottom of her back.

Damian doesn’t have the perfect life, or the perfect past, either. When they met in New York, he was homeless, he said. She would make “like 15 000 dollars a month modeling”, and he would live with her or sleep in “rich friends’ apartments”. But this of course didn’t last too long. At that time, Damian was taking a lot of drugs, and has been for a while.

“I started at 14 and took everything, heroine, cocaine, etc.”, he tells me outside the court. “But I stopped about nine years ago, when Heath Ledger died. I didn’t want to end up like him”.

About two years after that, they moved to Malibu and started the marijuana farm. “It was her idea”, he tells the judge, “because she’s the one who had the contacts, and she was very good at negociating at the dispensaries”. Something he doesn’t tell the court is that she married, while in a relationship with him, an Italian drug dealer “for the papers”. “A big guy (of importance) called Diego”, he told me.

With all these shady connections, Damian and his lawyer feel “followed” from time to time. “In all the years I’ve been doing that, I’ve never been chased like this”, the lawyer swears, giving me the example of being followed to her hotel.

After three hours, the hearing finally ended on an agreement from both parties : Damian, who’s been granted to see his daughter that day in the presence of a mediator, would be allowed to see her anywhere the mediator gives a green light for.

Because Damian, who woke up at 3:30 A.M. in order to drive all the way to Temecula to enjoy his first visit in months before the hearing, had to stay “in the cold” with his daughter, “forced to wait for something to open” at the local mall. He hopes next time he can go to a place where he can spend some better quality time with her, “like a hotel or a library”. More like what a Facebook employee would do, probably.