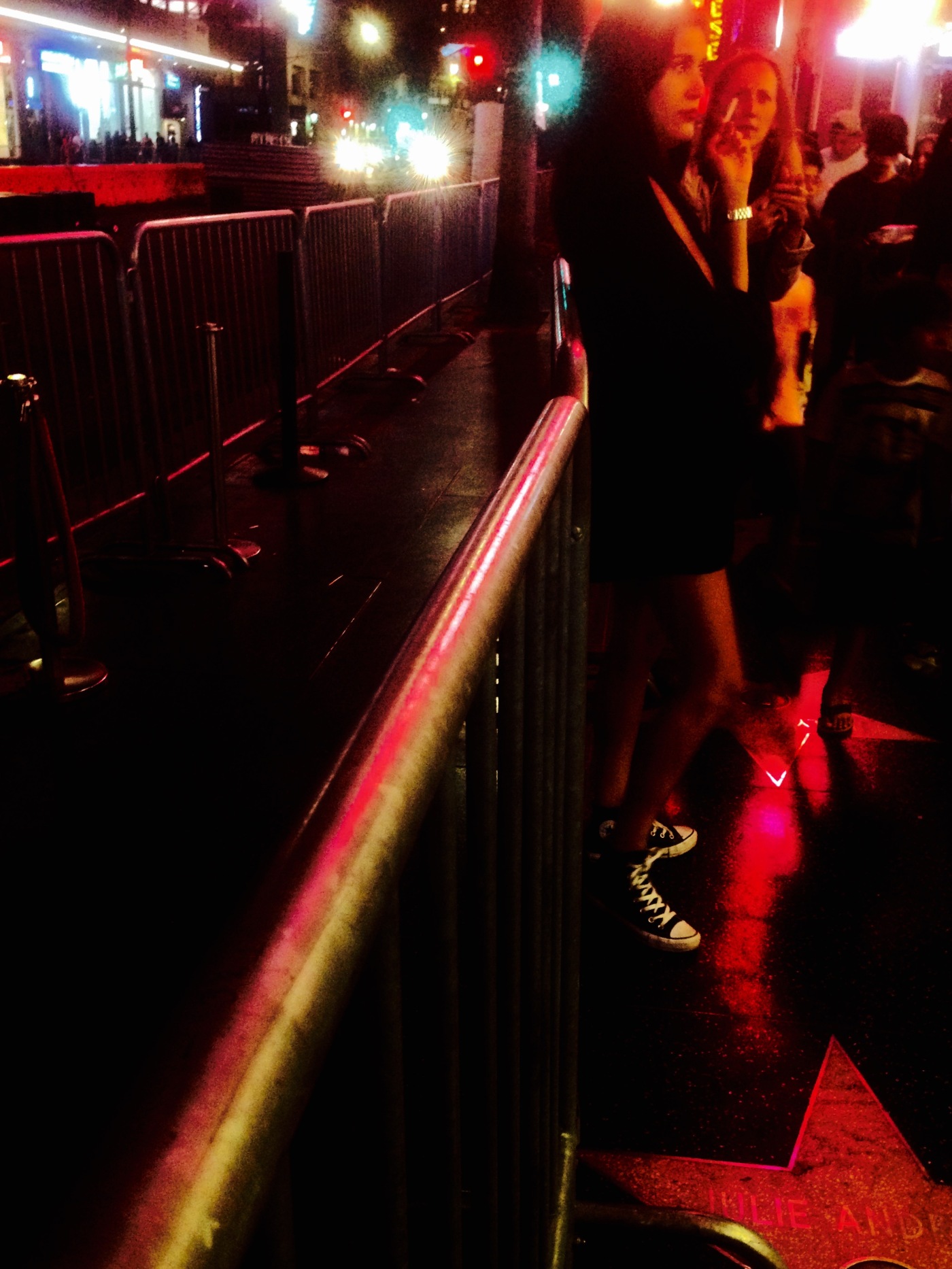 Two Hollywood premieres occured this week, both bringing their share of glamour and “VIP-ness” (or -hood). But they were so different in doing so, in their style and target, that it’s interesting to notice and wonder. They were actually quite the opposite of each other.

On one location (relatively low-key Fairfax avenue), there was this big yet quiet line of hipsters, people in their 20s and 30s wearing cool and chic urban clothes. A very well-mannered crowd, discreetly waiting to enter a little silent movie theater hidden on a block almost nobody goes at night. I go ask the hosting lady: ‘What’s happening tonight?” She goes, “I don’t know. Some obscure movie”. It’s not surprising in the sense that this cinema does play obscure movies, French films and whatnot.

But the fact that she doesn’t know what’s happening where she works, that’s a little surprising. I check the program on their website and find out by myself that Flying Lotus, the major hip-hop/jazz/experimental music local figure, is actually right there, about to show his film debut ‘Kuso’.  It was the L.A. premiere, but it was shown earlier at the Sundance festival this year, before coming on screens on July 21st on AMC’s streaming service for horror movies Shudder.

“I tried to warn folks”, says modestly Steven Ellison, aka Flying Lotus, according to the website of this little independent not-for-profit cinema, called the Cinefamily.

It is “the grossest movie ever made”, says another quote from tech news media The Verge. The movie has been reviewed in just a few media : LA Weekly, Consequence of Sound, The Guardian, etc., so not your typical Hollywood magazines. And no red carpet pictures, of course. After all, the dude is friend with media-averse people like Thom Yorke and Aphex Twin (with who he created the soundtrack for this movie).

“Kuso doesn’t so much seem to have been directed by him as to have erupted from him, in one spontaneous, 90-minute burst of pressurized nightmares”, wrote the LA Weekly film critic.

“Kuso is basically the Japanese-language approximation of bullshit, and it’s primarily used to describe internet culture and trivial things of low-quality”, adds another journalist from Vanyaland, a website dedicated to “music and beyond”.

Anyways, the night went through with a DJ set in the lovely backyard of the Cinefamily, while nobody noticed.

On the contrary, in the heart of Hollywood, streets were closed, cops and security guards were everywhere, fences were put up to separate a crazy fanatic crowd from the A-list stars walking the red carpet (which was actually black), at the premiere of Luc Besson’s 3D blockbuster Valerian and the city of a thousand planets.

Rihanna parading in an excentric pink dress, female leading role Cara Delevingne staring at the photographers with a superior look, male co-star Dane Deehaan trying to make an effect with his blue eyes, etc. Only Luc Besson seemed to try to look “normal”, appearing almost overwhelmed, hands in the pockets of his pants.

The movie was simultaneously shown at the Chinese Theater, on Hollywood Boulevard, and at the Egyptian, just a few blocks down the boulevard, at the invitation of the Foreign Press Association, where sat a mixed crowd of people in flip-flops and beach clothes, and others in dresses and suits.

The glittery super-organized event was covered in People, Vogue, The Hollywood Reporter, Variety, JustJared, etc. This is Hollywood how we mostly know it. Not Hollywood’s reality, just how it is staged, itself, like a movie.

But in the end, it seems that the divide still exists in Hollywood between the mainstream and the counterculture.