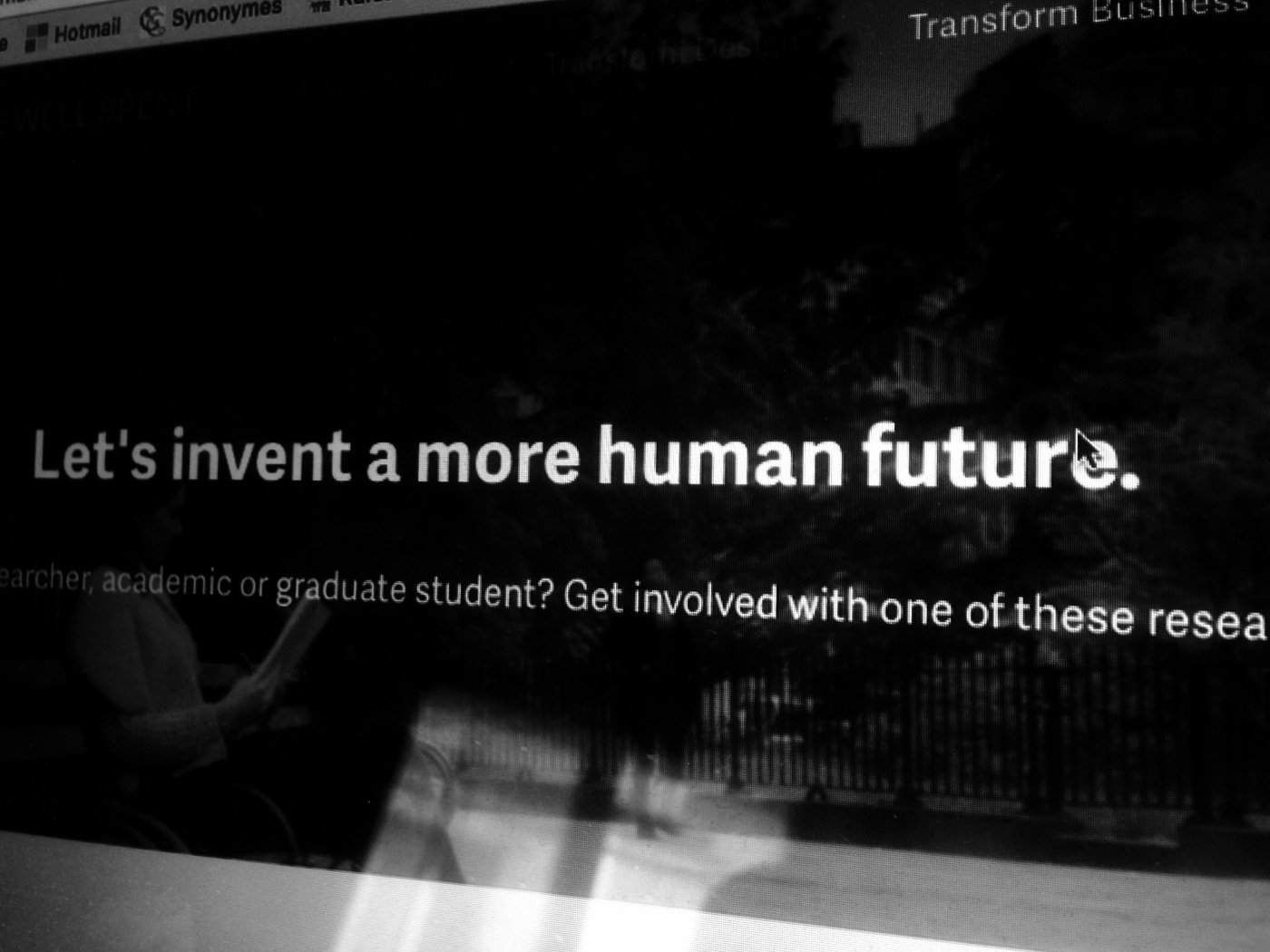 It’s International Music Day, so a tribute to Queen’s singer seems like good timing. But today, the problem isn’t love anymore, it’s technology. The lyrics could go on like this: “I’ve fallen in tech, I’ve fallen in tech for the first time (…), God knows, God knows I’ve fallen in tech”. It could be a cover from the band “The Google Guys and The (find a word)”, something like Rage Against The Machine meets We Are Scientists.

This fake band, let’s say, came out after ten years working at Google, from two young men who slowly realized : wait a minute, we’re manipulating every one and that’s not very nice! Now, they call it an ethical problem in technology design. Big words, and the problem is quite big too, since it concerns the billions of users of YouTube, Facebook, Snapchat, or Netflix. All these Californian companies that took over plenty hours of our lives, just because we say it’s OK, it’s cool.

But “on your deathbed, you’re not gonna wish that you spent more time on Facebook”, said James Williams, one of those two former Google employees, in a recent interview with the French magazine Usbek & Rica, after a conference given in Paris on the subject : “Designing AI: from ‘privacy by design’ to ’empowerment by design’ (those tech conference title makers…).

These words really resonate with what I’ve heard at the last TED conference in Vancouver, at the end of April. At the “Silicon Valley brain spa”, as it’s been coined, Tristan Harris, another ex-Googler, friend with James Williams, made a speech about “the race for attention” that’s ruling the valley these days, with the help of institutions like Stanford University where people learn the techniques of “persuasion” (the new word for mass manipulation).

Netflix’ CEO himself, who studied at Stanford, said his biggest rivals weren’t YouTube or Amazon, it’s your sleep, Tristan Harris reminded the fancy TED audience. A tweet from the “Netflix US” account indeed confirmed, on April 18th: “Sleep is my greatest enemy”.

“We first have to acknowledge that we can be persuaded”, said Harris. Well yes, we can. That’s the beauty of it, people use these things by themselves, they pay whether directly with money or indirectly with their attention (sold to advertisers), and then they can’t stop, subtly becoming addicted. And boom, you just spent 3 hours, or even a day, in front of your computer, or your phone, and you didn’t even notice! When you do notice, you kind of feel terrible.

“Please save my daughter from Snapchat!”, begged a woman talking to Harris after the TED conference, while a man was asking him “how are we gonna save the press?”. Harris “the savior” was sweating, becoming more white at every inquiry from TED attendees, but really did his best to reassure every one. Although it was obvious that many in this room, who actually work in tech, have no idea where this is going.

Harris and Williams (suddenly, they sound like plural versions of British princes) are very polite and well-mannered guys. Probably still hoping for a future in this industry, they don’t want to sound too mean or critical as they’re trying to change it from the inside. In the French magazine interview, James Williams tells the readers that he loved his years at Google and still thinks it’s a “great company”. But on the website of their non-profit movement called Time Well Spent, the two techies are less cautious.

“Let’s reclaim our minds from being hijacked by technology”, they say. “Apple and Google, we can do better”.

As of today, 69.196 people signed up to “change the industry”. Not impressive but, actually, who knows about this movement? It’s not on the frontpage of every news outlet. Moreover, it’s unlikely that the movement will spread like crazy in the industry itself, where the corporate culture seem at an all-time high. In fact, Williams said at the Paris conference that France could have a pretty important role to play in tackling the issue.

“What I found really encouraging is that there seems to be an appetite for disccussing this matter in France, more than in other countries. It’s maybe cultural. There is critical thinking towards the system and mainstream structures”, he said (I’m translating in English the French version of his original words). According to him, the “right to disconnect” introduced in a law passed last year is a good start, but we must go further.

“Things aren’t made the same way here, so there’s an opportunity to bring a unique voice to the debate (…). Where are we at, what do we expect from technology?”

It’s worth wondering, before the robots think for us and destroy all our children, parents, pets, and the whole universe (did I persuade you? In any case, sorry it wasn’t my intention).

For fun (so if you hear it tonight, you’re ready to give your best moves):